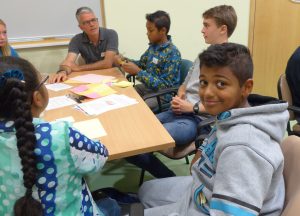 14 young people turned up after the summer break, including Malak who, having turned 8 years old a couple of days earlier, was able to join her older brothers Mustafa and Marwan.

Professor Paul Seddon welcomed the young people and the Parents and Carers and reminded everyone of the way in which YPAG operates (ground rules outline).

Another clip from the research-relevant captivating story of the ‘People are Messy’ film was shown. The full film will be screened at the beginning of half-term, on Saturday Oct 20th from 10-12.30pm at the Brighthelm Centre, Brighton as part of the Brighton Science Festival.

Victoria Hamer (lay panel member) asked if any YPAG and/or parents/carers would like to volunteer to join Duncan Barron, Prof Paul Seddon and Dr Khalid Ali (Mustafa and Marwan and Malak’s father) to be part of a panel discussion.   And she emphasised that you can still answer from the audience even if you are not on the official panel.

Victoria gave out further information on how to register your place on Eventbrite, and encouraged them to put the word out to their school friends and parents to register too.

Alexis gave an enthusiastic ‘warm-up’ account of his participation at the International Children’s Advisory Network (iCAN) at which he and his father (member of PaC) attended in Edinburgh between July 9th and 13th.  Alexis will speak in greater detail – so much has he to say – at another YPAG meeting.

Then the Parents and Carers group went to another room to hear Diane Sellers (PhD) Research Fellow, Chailey Heritage Clinical Services Specialist Speech and Language Therapist talk about her research study on ‘Implementing the Eating and Drinking Ability Classification System (EDACS) in family-centred healthcare for children with cerebral palsy in community and hospital settings.’  She explained that Cerebral palsy affects all kind of movement: sitting, standing, walking, speaking, eating, drinking and swallowing. 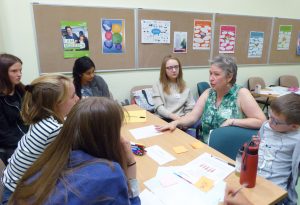 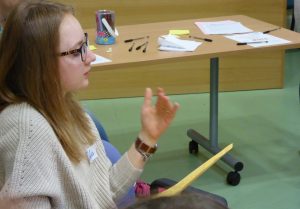 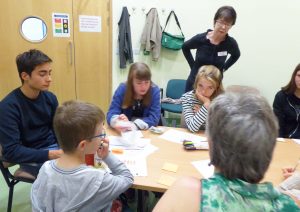 The questions she wanted to ask the Parents and Carers group about were:

After the break the parents and carers suggested obtaining feedback regularly from all resarchers who present at YPAG.  They suggested asking researchers:

While the Parents and Carers were discussing the research presentation they received, the young people were placed in two facilitated groups (Jessica Baskerville and Cathy Olden) discussing two ethical questions, proposed by GenerationR, around young people with Brain Tumours and another regarding to give Consent.  This led to intense discussion.

There was then a break while three young people had their birthday celebrated by birthday cake and twinkly electronic candles.

Then Diane Sellers came to explain her research to the young people.  She had a different set of questions for them than she had for parents/carers:

In the feedback session after the YPAG and Parents and Carers had gone home, the researcher said how important it had been for her to have the reactions of both groups.  That they validated her research ideas in the way that they obviously did strengthened her determination to keep going.

Thanks to INVOLVE who have provided on-going support and advice: http://www.invo.org.uk/

The Young People’s Advisory Group (YPAG) for Kent, Surrey & Sussex is collaboration between:

Thank you to the Rockinghorse charity for a small grant which has enabled us to provide reimbursement for the YPAG meetings:  https://www.rockinghorse.org.uk/ 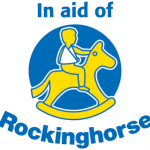 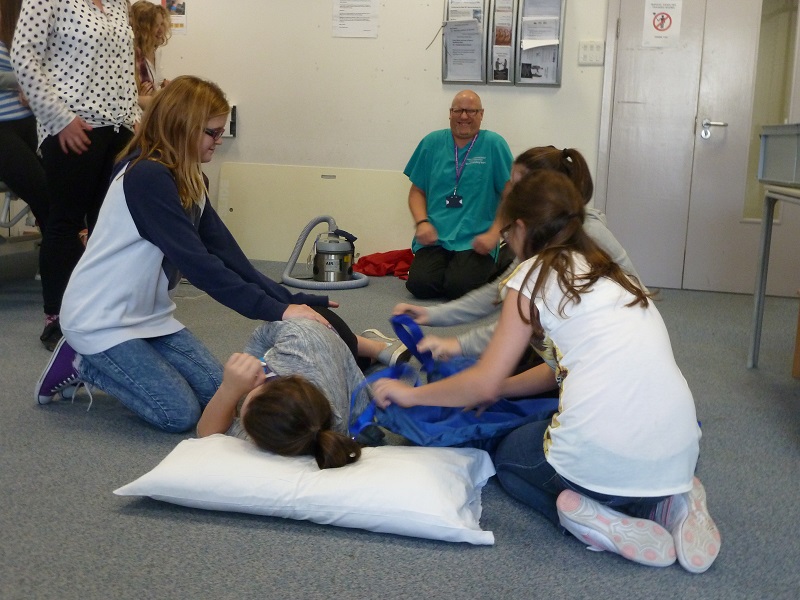