Hi, I’m Beth and I’ve been chosen to do a blog on Nottingham YPAG’s last session- on the 13th August.

The day started when we all met at the QMC entrance as normal. We made our way upstairs at 10 o’clock and then (after stocking up on juice and biscuits!) started the meet and greet activity. This time, everyone got given a card with an animal on it, then we had to find the other of our animal in the room, by just doing that animal’s sound. My animal happened to be an elephant- which was very hard to do a sound of!

We then split off into the 8-13 year olds and 14+. The 14+ group were doing a discussion about cosmetic procedures, while we tested out the research board games that we made in a previous session. (See ‘My second Nottingham YPAG meeting – Arts + Crafts session’).  Kirsty, two other girls, and I then played and rated the 4 board games. We finally came to the conclusion that the board game on the right was the 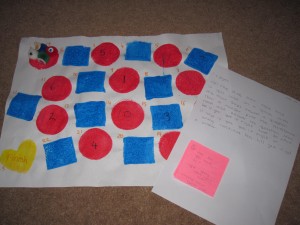 winning one and the creators of it got a pick from the goody bag.  I really enjoyed doing this as it was nice to spend time with my YPAG friends in a smaller group.

The afternoon session was about the packaging for Dr Luca Marciani’s constipation study. In our groups, we made scaled up versions of what would be good packaging for the capsules. Our group came up with a child friendly container doll, along with some more mature ideas as well. I enjoyed being creative in a team and coming out with something at the end.

After the main afternoon session, we finished off with a team building activity . We separated into groups and the challenge was to build a bridge out of paper, cellotape and paperclips that could hold a toy car. I really enjoyed this activity as it was a bit of a silly team activity and I think our team came 2nd!
Out of three..

In conclusion this was a pretty relaxed and fun session and my favourite activity was the team building activity! 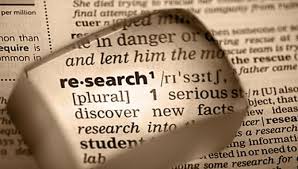 An Investigation into Schools and Research: Part 2