Living with an invisible illness – Part 4 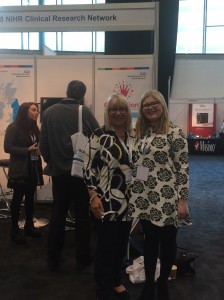 Sophie and her mum Sammy at the RCPCH conference

As ever, it’s been a busy few months! Despite being less than a year old, RAiISE has been generating a lot of interest, which has grown even more so since my last blog post, so here’s a quick update on everything that’s been going on for RAiISE in the last couple of months. At the end of April, I presented at the Royal College of Paediatrics and Child Health (RCPCH) Conference in Liverpool. Despite my fears of the room emptying and the only person staying to watch my presentation being my mum, the room was packed with all sorts of people interested to hear about RAiISE. It was incredibly exciting to talk to so many influential people about the project, all of whom were very impressed by it. May was a quiet month, as I took a break from all things RAiISE as I took my exams, but in June we set off for Barcelona for the International Children’s Advisory Network (iCAN) Summit, a 5 day conference discussing young people’s involvement in research. 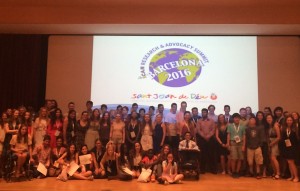 Me amongst over 130 young people around the globe

It was a fantastic trip, where I met lots of interesting people and listened to some fascinating panels and discussions. It was great to have the chance to talk to people from all over the world, who agreed that there needed to be more support for young people with invisible illnesses, whether they were from the UK, Spain, America or any of the other countries represented at the summit. In Barcelona, I met lots of exciting people, including Emma Sparrow (Children and Young People’s Engagement Manager) from RCPCH & Us, a project which gives a voice to young people in child healthcare. She was so keen to get involved in RAiISE and seemed as excited about RAiISE as I am! I’m really looking forward to working together in the future.

In stark contrast, the next RAiISE meeting was not held in sunny Barcelona, but instead sat around my kitchen table. Nevertheless, some great ideas were developed about the content we want to release and what we want to include in our packs. Hopefully it won’t be too long until we have a product, and can start distributing to schools. RAiISE is now running from its own email address: raiiseuk@hotmail.com and if you haven’t already, please follow us on Facebook (Raiise) and Twitter (@raiiseuk)

Watch an animation explaining a genome, which was created with the help of young people for the 100,000 Genome Project. The 100,000 Genome Project is a national project that aims to collect 100,000 genomes from people with rare diseases and cancer to better understand the illnesses and to develop personalized medicine in the future. 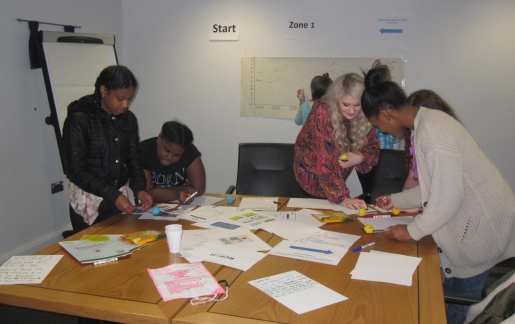 The practicalities of patient and public involvement in clinical research

This film from an adult perspective looks at the practicalities of being involved in clinical research: the time needed, and what payment and expenses you can expect to receive.