You can read about this collaboration below: 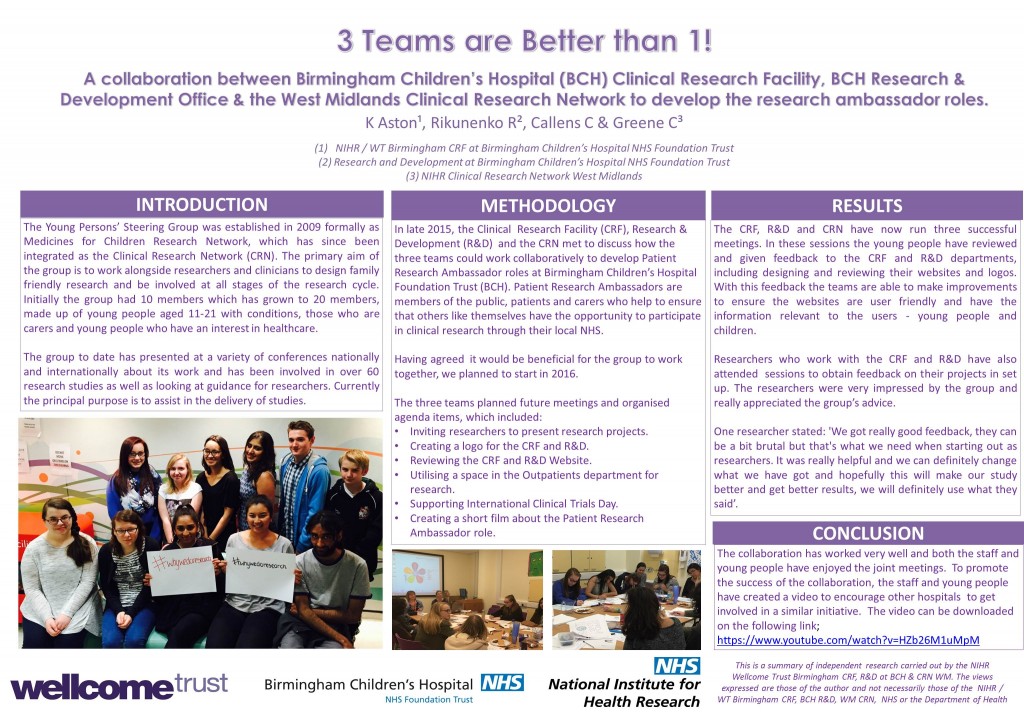 An example of a project that members of the group have undertaken includes making a film about what it’s like to visit a Clinical Research Facility. You can read about this below.

What is it like to visit a research facility? NIHR Wellcome Trust Clinical Research Facility Filmmaking – July 2016

On Tuesday 26th July 2016, three of the NIHR Clinical Research Network- West Midlands Young Person’s Steering Group Members (Mohini, Aatif and Mia), visited the NIHR/Wellcome Trust Clinical Research Facility (WTCRF) at Birmingham Children’s Hospital, to help the research staff there to make a film. We were greeted and chaperoned by Nicky Vanes; Clinical Manager and Lead Nurse for the Centre.

The aim of the film is to illustrate to future patients what it’s like to visit the research unit. The film aims to give the perspective of a Child/ Young Person’s perspective of what it’s like to visit the Wellcome Trust Clinical Research Facility. Filmed on location, the film exemplifies a child or young person walking through the unit, visiting clinic rooms, seeing what it’s like to have a cannula fitted(a thin tube inserted into a vein used to administer medication, drain off fluid) and how nurses would take children’s observations such as blood pressure and oxygen saturation.

Our role was to film the staff working in the unit, as well as having one of our members act as the ‘young patient,’ exemplified by the filming of the ‘young person’s’ hands and feet only! The video looks as though it is going to be really reassuring for those children who may be afraid to visit the unit. It shows them that it isn’t a scary place and prepares children for what to expect when they visit the unit.

So what did Nicki Vanes Clinical manager and Lead Nurse CRF think of our input?

“The enthusiasm from the YPAG members was electric, they were so committed to getting the filming just right, to capture the patient’s journey through the Clinical Research Facility here at BCH. We aim to make this video part of a suite of new IT APPs/files which can be accessed by our patients and their families before they start on a research study here at BCH CRF, making a visit to us as good as possible, assist with true informed consent and assist the team here to develop real individualised patients pathways and care. We are so grateful for YPAG members in assisting with this development.”

We are really look forward to seeing the final edit which we believe will be posted onto the NIHR Wellcome Trust Clinical Research Facility Hospital website. Watch this space! 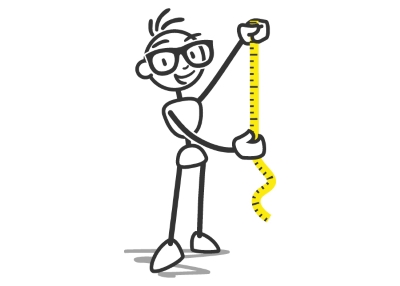 This is a summary of a survey of young people to find out about ways of measuring hand and arm movements.