At the first GenerationR Alliance meeting held in April 2018 one of the first joint projects the Alliance agreed to work on was to create a Glossary of research terms that young people can understand, similar to the one created called GETIT  which stands for the Glossary of Evaluation Terms for Informed Treatment choices. The aim of this glossary is to facilitate informed choices about treatments by promoting consistent use of plain language and providing plain language explanations of terms that people might need to understand if they wish to assess claims about treatments.

The glossary is specifically intended to be useful to people without a research background, particularly those wanting to make an informed choice about a treatment, communicating research evidence to the general public, or teaching others about how to assess claims made about treatments.

The idea presented to the Alliance was to develop a GETIT glossary for young people  developed by YPAG members.

IDGI, the I Don’t Get It monkey tracks how well the definitions are performing.

The group thought this was a fantastic opportunity and all were happy to be involved in taking this work forward.  The first phase of the project is for each YPAG to generate a list of terms and to check whether a definition in GETIT already exists and whether young people understand it?  Here are some slides to explain this a little further.  The next phase will be to share terms out between YPAGs to be developed into definitions written by young people.   One group (Voice Up, from Manchester) have already undertaken the first phase and presented findings to the team, including a list of research terms they used to generate discussion.

Watch this space for further information about this project. 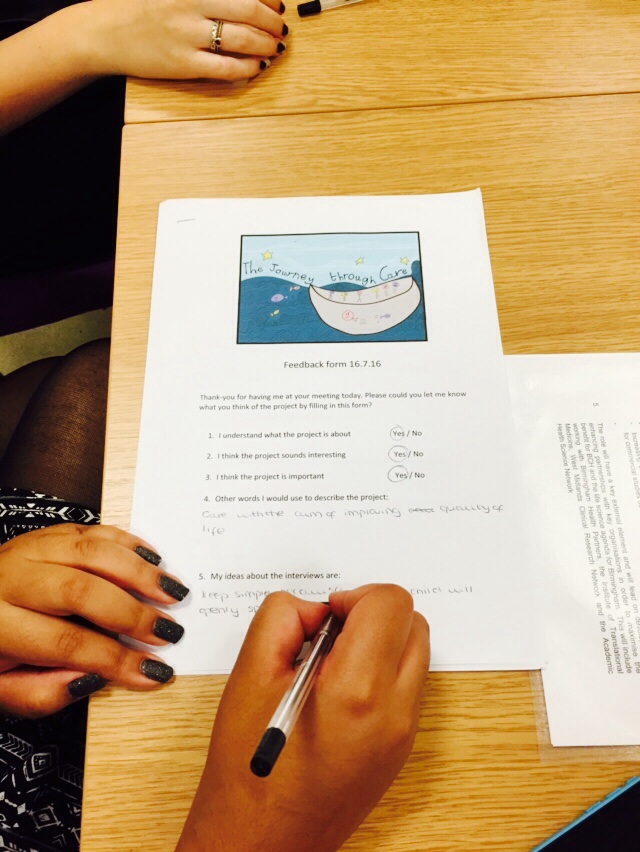 How we can help Chief Investigators with their Paediatric studies?

There are many ways we’ve been helping Chief Investigators with their Studies in the West Midlands. From Development of Patient Information Sheets for the RAPID Study, you can watch our FILM HERE to show how we helped the Chief Investigator of this study. WE have also been helping with not only Patient Information Sheets and […]