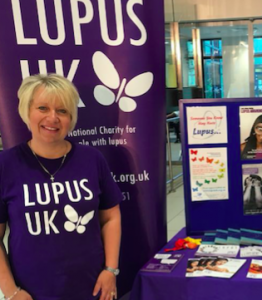 I had looked forward to the iCAN Summit in Edinburgh ever since I had heard the announcement that the Scottish chapter of iCAN would be hosting this amazing youth event in 2018.  With our colleague Dr Pamela Dicks leading the event its success was never in doubt! As I heard more about the programme, it soon became obvious that the summit agenda was going to engage young people and parents in a totally original and exciting way.

The iconic setting of Edinburgh would be hard to beat and we were lucky enough to have the best weather possible to set off its hills, castle and fabulous architecture to perfection.

Holding the summit at Edinburgh University Pollock Halls and Conference Centre was a wonderful idea. For some of our young people this gave them a taste of campus life for the first time. The accommodation was perfect with great facilities and in a good position to visit the city on our doorstep. As soon as we arrived it was clear that our young people loved staying at the university and it provided an educational setting for a week of hard work as they learnt about paediatric clinical trials, the research process and the importance of young people and family input into the design of trials. We were given a really warm welcome by Laura McMaster and Pamela  who were busy putting the finishing touches to what sounded like a perfect week.

I had been lucky enough to attend previous Summits and had seen how a wonderful friendship and support between young delegates, parents and chapter leaders has grown over the years. What is also pleasing is that new groups and members who come for the first time were welcomed wholeheartedly to iCAN and soon felt very much at home.  Watching the young people and parents meet up with old friends from around the world is truly amazing. You can genuinely see how pleased they are to be back together sharing time and experiences.  A good icebreaker opened the afternoon as each iCAN chapter took part in a speed presentation explaining the work and activities each group had undertaken since the 2017 Summit. The work that each chapter carries out varies greatly between the groups, all have a common theme of young people getting involved and making their voice heard loud and clear. It was interesting to hear what everyone has been doing over the past year and the different ways some groups have developed.

Young people, parents and group leaders soon settled into the conference and began to think about the work they were about to undertake. It was explained to all of our youth delegates that they were to be split into Scottish clans and over the week would be working to write their own research protocols around a particular long term condition or disease and design a clinical trial.

To support each clans’ protocol, a variety of keynote speakers had been invited to present on a variety of topics associated with paediatric clinical trials. These included trial design, the role of industry, the use of data and the role of ethics.

Whilst many of the invited speakers were very interesting and enthusiastic about their work, the presentations that really inspired me were the personal stories by young people and parents. The speaker who completely and utterly blew me away was Stacey Hutchinson, a young mum from Scotland who’s family had literally had their lives turned upside down when Stacey’s son Frankie was diagnosed with Dravet syndrome.

You could have heard a pin drop as Stacey bravely told her sons story and explained how life changed forever from his diagnosis. The strength and love that we witnessed as the story unfolded will stay with me forever. Here was a normal mum explaining how suddenly they were in the middle of a total nightmare, literally not being able to leave the house because of the devastating effect of light on her sons’ condition. Family life was confined to their house as so many things we take for granted, a trip to the park or to see friends, a meal out or visit to the shops were totally out of the question.  Stacey showed inner strength and resilience beyond words. As we heard the huge difference that being part of a clinical trial had made, it made the whole reason we were here in Edinburgh real. Clinical trials can sometimes feel very far removed from everyday life for so many. This could be for a number of reasons, maybe you are lucky enough to have good health and the world of hospitals, trials and treatments is alien to you. Or alternatively you work in research but deal in data, a vital role but one where the actual names and impact a trial has on a life are something you don’t always have to think about. What resonated around the room was the reality of research and its impact it can have on the lives of children and families. It literally changes lives and can impact on an ordinary little boy, turning his life around to allow him to live, laugh, run, dance, swing, play and have fun with his family just as he should. If ever there was a passionate, committed and emotive ambassador for research, then Stacey Hutchinson is it. It was so wonderful to hear on social media later in the week that Frankie had been able to attend his first family party, fantastic news!

I am so glad to have met Stacey and that we were able to hear her story, it will be good to see Frankie’s development as he gets older.

On Tuesday and Wednesday young people from the UK, America and Spain took part in telling their own stories.

Benjamin James spoke about his life and the challenges that he faces living with Duchenne muscular dystrophy, Simon Stones talked about how he has inspired others and is now studying towards his PHD after being diagnosed with three chronic conditions during his childhood. Both are totally inspirational in their attitudes to life and all they have achieved whilst living with such complex and life changing conditions. Sophie, my daughter talked about her diagnosis of lupus and how it has led to her being a strong advocate for young people not only in research and managing her condition but also setting up a charity to help other young people with invisible illnesses, RAiISE. It was also good to meet Grace Warnock, 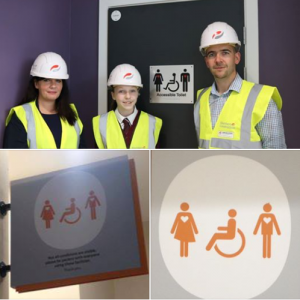 a young girl who has designed an invisible illness toilet sign to highlight the fact that not all illnesses are visible. Grace is an inspiration to other young people, determined to make a difference for others.

I was again so moved to hear Hampton Woods talk about his life and experience as a transplant patient. Having met Hampton a few years ago at a previous Summit, I was struck by what an enthusiastic, sporty looking and happy young man he is. To hear his story explained so well and to know what he and his family have been through totally moved me. It was again another perfect example of young person telling their story, having their voice heard and trying to make a difference and spread awareness.

This brings me to one of the reasons that I believe iCAN is so special in ways that I initially would not have realised. The way that parents are included in each Summit is so incredibly important and I felt this so strongly during my week in Edinburgh. I attended the week as a facilitator of GenerationR Liverpool Young Person’s Advisory Group but also as a parent to Sophie.  The feeling of support and total understanding that the parents of young people with chronic health conditions gain from each other is very hard to describe. One mum and I gave each other a huge hug after her son had finished speaking. We looked at each other and both said ‘Yes, we get it!’ The empathy and backing that parents give to each other is priceless. As I noted many times over the whole week, the pillar of friendship and care for each other based on shared experience was evident where ever you looked.  It was incredibly moving to meet the parents of Felix Junquera-Tejeda the former president of KIDS Barcelona, who were there to present the first scholarship in their brave and special sons name to Olivia Ohmer from KIDS Michigan. I hope they really felt the love and support from everyone in the room as we remembered Felix and the incredible strength he had in not only his own health but in his powerful research advocacy.

Support like this, when seen linked to research and child health issues with parents and young people coming together can be described as ripples in a pool. You have no idea when things are initially thrown at you that gently coming to the surface will be support, education, friendship, and a way in which we can try to turn things into a positive.

The whole of the Scottish team along with Laura McMaster had planned a week that was the perfect balance of education and research alongside some free recreational time to explore Edinburgh. The energy from the whole team led by Pamela supported by Stephen and Alun with such a great group of young people was infectious. Everyone enjoyed activities like the ghost walk, highland games, and ceilidh evening. Each event gave such a valuable chance for people to relax, get to know each other and enjoy the beautiful, historical city of Edinburgh. The week passed so quickly and another huge highlight were the protocol presentations. The young people exceeded all expectation in the planning, organisation and delivery of their task. Everyone seemed to have learnt so much about the whole research process and will have interesting ideas and knowledge to take back when they return to their groups.

As I conclude my blog about iCAN Edinburgh I think that Pamela and her team have left a huge legacy for everyone who took part. It’s ironic that Scotland with its powerful history will play such a large part of the iCAN legacy. The week taught young people, parents, team leaders and organisers so much. Firstly about the crucial role that young people can play in research and how they can have a direct impact on the health outcomes of young people, literally changing lives. Secondly and equally important is the way that iCAN has developed into a huge network of friendship and support for everyone who is lucky enough to attend. The links and legacy of friendship built and reinforced in Edinburgh will last for a very long time. Let’s all look forward to iCAN Kansas City 2019!

Read a full summary of the Summit. 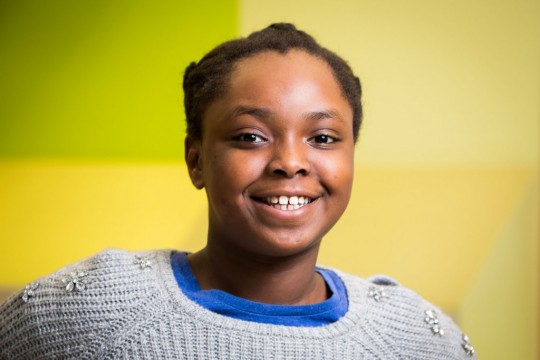 Read about the latest GOSH YPAG meeting in March by Alexis 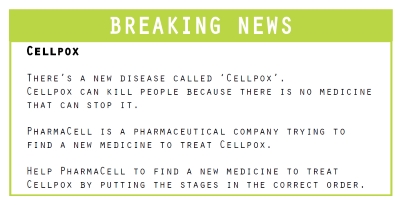 This is a workshop on clinical research that can be run by teachers with young people as a learning exercise.