We where delighted to be invited to present at the 2nd Annual DPharm Europe: Disruptive Innovations to Advance Clinical Trials event on the 9-10th February at St Pancras Renaissance Hotel, London. Our talk was entitled: Exciting things happen when involving young people to promote better research for better healthcare.

We found out about the event through our links with the International Children’s Advisory Network (iCAN) who put us in touch with Valerie Bowling (Executive Director, DPharm Europe) who was really keen to have young people included in the agenda.

The program for the two days looked really exciting and there was a heavy emphasis on patient involvement and engagement, which was really refreshing. We where invited to talk on day one about the importance of involving young people in health research both as patients and members of GenerationR YPAG. This was a great opportunity to talk to a predominantly industry based audience about our work and key achievements over the last 10 years.  Our slides can be found here.

On day one we also heard talks from a patient with type 1 diabetes who alongside other patients and families affected by the condition had developed a monitoring system made out of a TicTac box to measure blood sugar levels. We heard from a company called Telefonica about the advancements in smartphone technologies and how this will impact on research in the future. The day overall was fascinating and we all felt part of something really exciting.

Here is what Simon Stones thought about the event: 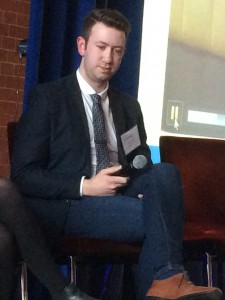 “It was refreshing to be invited to a pharmaceutical industry-focused conference as a young person living with a chronic condition. Given the ‘negative’ vibes that people may feel towards industry, it was a pleasure to join the conference as an ‘equal’ delegate, giving my expert opinion on innovative medicines research for young people. Individuals from companies around the globe were inspired and very keen to learn about our work of involving young people in research, as well as how they can improve and include the views and expertise of patients into the work they do. Aside from our presentation, I was amazed by the work that is already ongoing with regards to including patients and carers in partnership, designing and conducting research, which is fundamental to making a difference to the lives of people living with conditions. As we move forward, I think its important to clarify mixed opinions of industry from the public perspective, but also to break down barriers such as communication between the public, patients, carers, health professionals, universities, and industry to transform the way that we are treated in the future”.

On day two we heard from many other exciting initiatives including a talk from Eli Lilly about how they are using social media (through blogs and Twitter) to engage with the public about research. We also heard about ‘Transparency Life Sciences’ about involving patients in protocol building, which involved more than 250 patients in one project alone to inform the design of a research study, this was exciting news.

Here is what Emily and Lucy thought about the event: 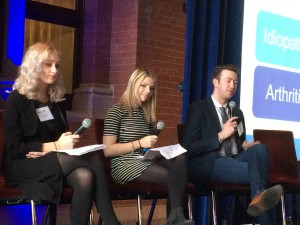 “I have had such a good couple of days in London for the DPharm conference delivering a talk on what we do as a Young Person’s Advisory Group (YPAG) to professionals which was kind of nerve wracking but was a really a brilliant experience. Everyone was really interested in what we had to say and wanted to know more, and we got many comments afterwards on how other people felt what we do as necessary. Our talk was mainly about what we do at YPAG and why it is important to researchers but it really got the message across. As a delegate it was really fascinating listening to others talk at the conference, a personal favourite for me was a woman who talked about smartphones and the future of them which I found was relevant to me and really interesting. The day ended splendidly with a cocktail and gathering (unfortunately we weren’t allowed any drinks!) Overall it was a busy but really fun few days and I would love to do something like this again as I learned so much and the experience was just amazing, and I would like to thank Jane and Jenny for such a good trip. Over the two days I have met so many new people and discovered so much more about research, which has increased my knowledge even further which hopefully I can use in the future”.

“It was really interesting to hear the various speakers views on research trials and public engagement within them. A particular speaker that really interested me was Tim Orme who is a patient and talked about his work and explanation of the sheer frustration of living with a condition like diabetes. I didn’t realise just how much work a diabetic had to do just to make sure they have the right blood sugar after just eating an apple. I found it really inspiring that he had developed a system with a coded App and was not interested in selling it for profit, but left it open source so he could help as many as he could (not just those who could afford it). We then got up on stage and spoke about the importance of GenerationR and the use of YPAG groups. We received lots of feedback telling us how pleased they where to hear young people like us interested in getting involved and improving research”.

Over the two days several people approached the young people and congratulated them about their talk and expressed an interest in working together in the future. Jane who accompanied Lucy and Emily to the conference said:

“The response from everyone at the conference to the GenerationR presentation was really positive; seeing how much everyone enjoyed hearing about the work of the YPAGs and the involvement of young people in clinical research was really inspiring and made me realise how much the work they do is not only of value but is also really interesting”.

Companies such as SynteractHCR Limited, Finacure, Healthvibe, and Otsuka Pharmaceutical Development & Commercialization, Inc where just a few companies who where interested in GenerationR and the NIHR Patient Research Ambassador Initiative. Jenny has made contact with the companies and looks forward to working together in the near future. On behalf of GenerationR YPAGs and for patient and public involvement in general I would like to say thank you to the organisers, in particular Valerie Bowling, Jennifer Moran and Bridget Murphy for inviting us to talk at such an inspirational meeting. We look forward to future collaborations. 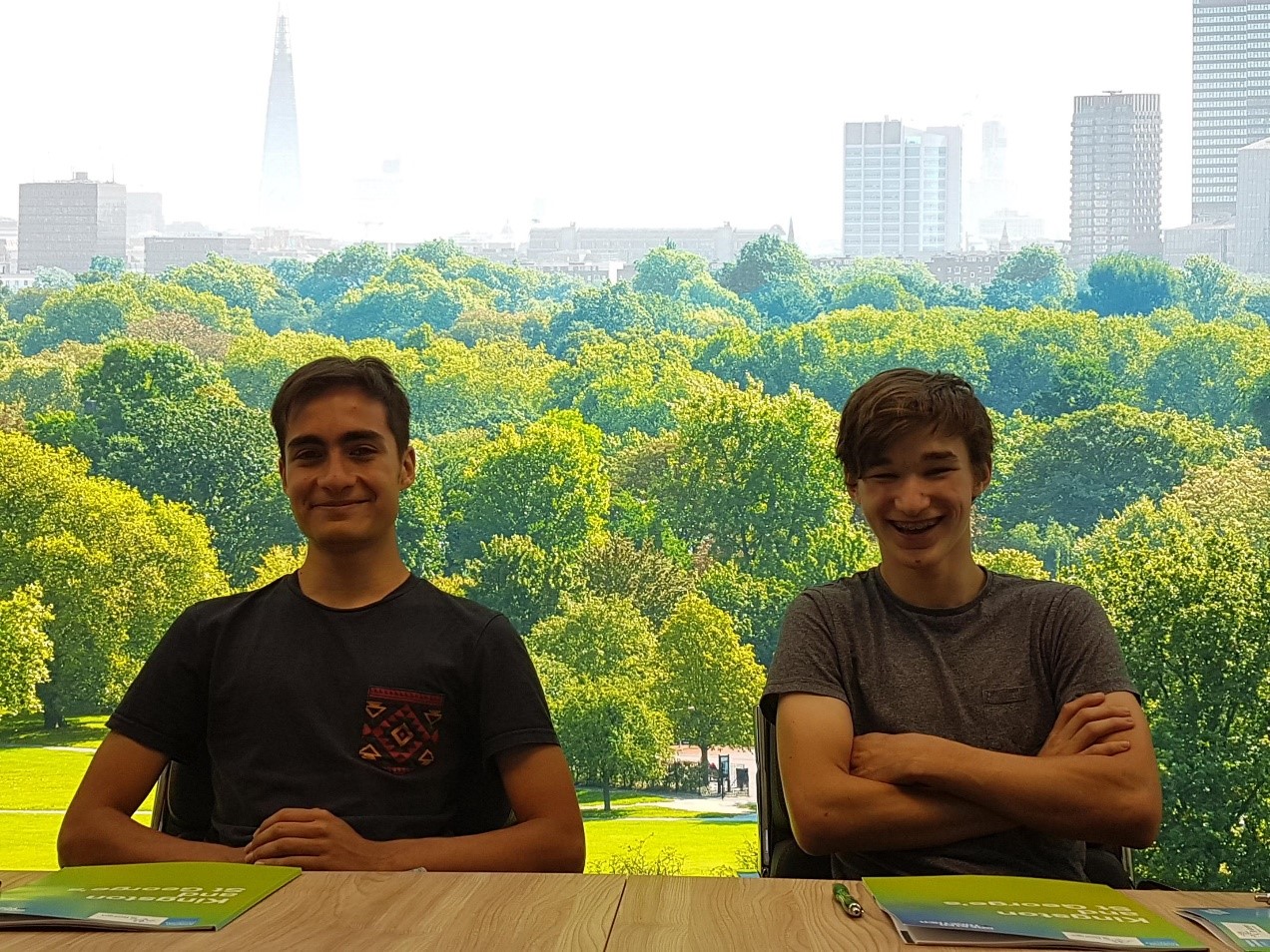 In October members of YPAG KSS were invited to present at the prestigious ‘Involving Children and Young People in Research’ Showcase Event organised by INVOLVE and held at the Centre for Public Engagement at Kingston & St. George’s, London. Dr Louca-Mai Brady kicked off the event with a focus on undertaking inclusive approaches to children […] 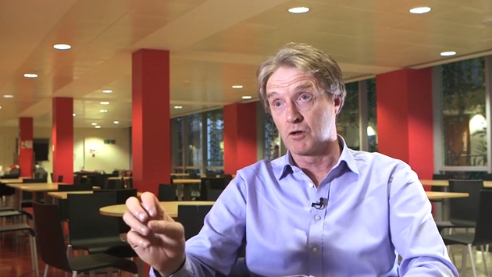 How do patients make a difference to our research?

This short film was madefor adults by the Medical Research Council. It explores three examples of how input from patients and the public can enhance research.